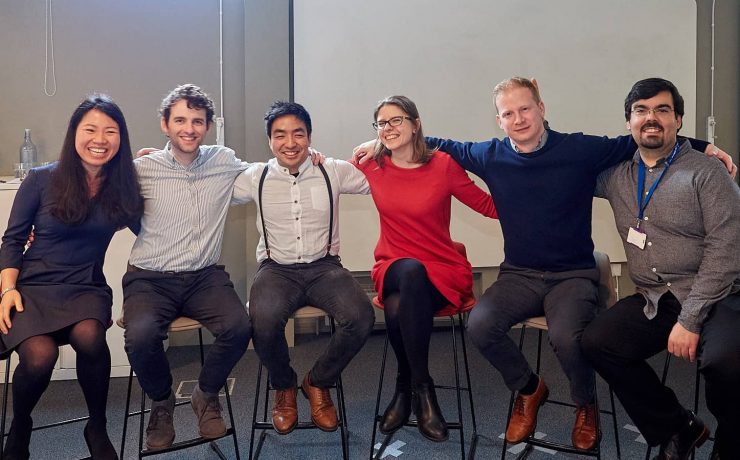 This month saw the forces of two cohorts combine as they graduated at our Edinburgh campus.

The event was a chance to for students to mark the completion of their 16 week journey on our immersive Professional Software Development course and was introduced by our CEO and Chairperson, Melinda Matthews Clarkson and Polly Purvis respectively.

Also speaking at the event was Shirley-Anne Somerville, Scottish Government Minister for Further Education, Higher Education and Science, who welcomed the students to their new careers as they help close the digital skills gap in Scotland.

The event kicked off with speeches from Melinda and students, including a fresh twist on Robert Burns’ Selkirk Grace:

Some can code but dinnae code,
And some would code that cannae,
But we can code, cos we’ve been showed,
Here at auld CodeClanny!

Thanks to @S_A_Somerville for speaking at #codeclangrad – discussion of Scotland's skills shortage and how our grads will plug the skills gap is @engagefored pic.twitter.com/uAo4wIsCMB

It was then time for students to officially graduate, each one collecting their certificate from Melinda and an instructor from their course as friends and family members looked on.

And now we can hand out the certificates! E16 are first up #codeclangrad pic.twitter.com/97qqurxKcM

Following the ceremony, there was a chance for our new graduates to hear from previous alumni what they can expect from their first roles in Scotland’s digital sector.

Curiosity, problem solving and people skills are some of the key things employers are looking for, they enhance the 16 weeks (800 hours) of coding on our course. Average age of our students is 31. #codeclangrad pic.twitter.com/mgM43hBzZR

Today we started seeing some photos from the graduation appear on social media, with our new alumni taking some time to breathe after four months hard work.

I graduated from @CodeClanScot yesterday. Proud of myself and everyone in G3. Some have already secured jobs and the rest of us have multiple interviews lined up so it's an exciting time! I'm happy to answer questions from anyone thinking of studying with #codeclan. pic.twitter.com/7wjS0TFclu

Not that they get too much time to reflect on their success, as their job hunt begins in earnest – E16 were busy at a Speed Networking event just 24 hours later, meeting employers keen to recruit from the course.

Today we welcome 18 employers to our Edinburgh Speed Networking session, they're meeting our next batch of graduates and hopefully we can match them up for their first post-CodeClan jobs! #codeclangrad pic.twitter.com/QBqd7v87PP

With new cohorts starting every six weeks in Edinburgh and the number of cohorts doubling in Glasgow from March 2018, it’s never been a better time to find out about changing career with us.

Find out more Professional Software Development course and come along to one of our campuses to meet the team or try your hand at coding.

We answer your 10 most-asked questions about CodeClan

How we work with students to secure a job in digital