How I Discovered Code 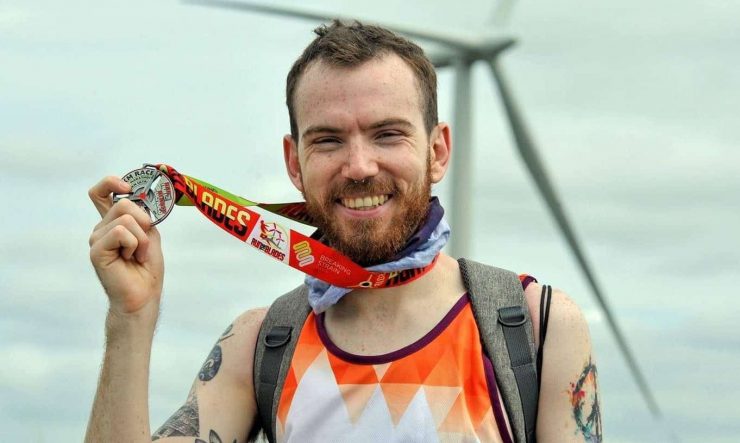 Jordan recently wrote ‘How I Discovered Code’ about his motivation for applying to CodeClan as a student, and how his experience gained from long-distance running inspired him make it through the intense Professional Software Development course. We liked it so much, we asked if we could share it here.

At the tail end of last year, I made a simple decision. A decision that, ultimately, led to a dynamic shift in both the quality of and outlook on my life. I decided to pursue a career in programming. This time last year, and having worked in hospitality since leaving school, I had resigned myself to a future completely within this industry. I had hit a personal low, with my self-esteem and confidence shot from so many long hours with little in the way of reward.

Yet I couldn’t imagine a career change in any form, let alone one as arduous as a switch to computer programming. Surely that would involve years of study — college through university through interning — before such a path paid off and I could call myself, officially, a coder.

This all changed when a friend, similarly entrenched in the hospitality industry, casually brought up that he would be cutting his hours in work due to starting a four month long programming ‘boot camp’.

Too Good To Be True

At first I was sceptical. I recall thinking at the time that this must be too good to be true. Surely it was near impossible to systemically change your career, especially over such a short period of time. Apparently it wasn’t. I researched the stats this company boasted: upwards of an 80% employment rate in the tech industry following completion of the course. This wasn’t some fairy-tale, apparently. It was Codeclan.

Despite Codeclan seemingly being ideal for a person in my position, I still reserved doubts. I held off, and waited until the completion of my friend’s course just to be sure. It could end up a costly commitment which saw me no further forward otherwise, and I had no desire for further disappointment. However — lo and behold — but a couple of months after my friend graduated, he landed his dream job as a full stack developer with an HR Company. My mind was made up. I was going to do it!

Within a month I had signed up for the course and signed off on a career development loan. I quit my managerial role at the SEC and got a weekend job at a local vegan restaurant: the 78, in Finnieston. I was changing my life; my idea of who and how I should be was altering. Working weekends until the early morning in bars had aided me in creating a certain mindset. I could put aside my own comforts in order to work towards something great, that would pay itself off in my future. I had always known that a hospitality career would never satisfy me. It had always been meant as a means to an end. I had been grafting for 10 years. Now I had my sights firmly set on that end.

Everyone I spoke to at the time told me: “this will be hard”; “it will take up all of your time”; “you won’t be able to do anything else”; “you’ll be exhausted all the time”. My reply to this last one was: “I’m a long-distance runner, I’m used to being tired!” I had never been very academic, but I was determined to take this seriously. Working Saturday and Sunday until 1am in a bar creates a mindset in you that means you put aside your own comforts in order to work towards something great in the future. I knew my hospitality career wasn’t ever going to satisfy me. It was a means to an end. I could do it in my sleep. I had been grafting and managing for 10 years.

Codeclan states that its curriculum encompasses 800 hours of coding. That equates to 50 hours a week. 8 hours a day. That’s if you did it every day. I didn’t just want to reach the Minimum Viable Product (MVP). I wanted to excel. In the end, my weekly timetable resembled this:

The amount of sleep a body requires per night is recommended to be between 7 and 9 hours. This equates to an average of 56 hours per week. I was probably averaging, at best, 5 hours a night. 35 hours per week. 90% of this time was spent dreaming of code. There was no escape from my determination.

How I Discovered Code

And I loved every second of it. Finding an error. Fixing that error. Not giving myself time to celebrate. Moving on to the next problem. It was addictive. My first project was my obsession for a week. Whenever I thought I’d finished, I’d find something more to do. Little tweaks here, there and there. It became something of a first child, with the amount of care, love and attention I provided it.

It was here that I realised that I didn’t see this as work. The 14 hours at the weekend, working late, serving others. That was work. This — coding — was fun. Pure enjoyment. I used to come home from work and play videogames to relax. Now I make an app to unwind. The constant challenge to overcome and improve is reason enough for ‘one more shot’.

Thinking about a career change?

Check out our career change and upskilling courses.

Jordan now works as an instructor at CodeClan Glasgow. You can meet him or other members of staff at one of our monthly events. These are for anyone wanting to write their first lines of code, talk to our team or visit our campus. You can view these events here.