If you are going to fail, here’s why you should fail with style.

I want you to think of a moment when you made a mistake or experienced failure.

It could be as trivial as that time you had a momentary lapse of your senses and mess up in that interview. Or it could be the time when you made that infamous once in a blue moon colossal mistake at work.

Now imagine the feeling that surfaced when you made it, the dread that set in, the churning of the stomach, the mind instantly starting to wish you could teleport back just that extra few minutes to undo it.

Ultimately, you may even start to feel like a fool, sometimes even going as far to wish you change who you are, to not be you right now so that you can change back when it’s all yesterday’s news.

These feelings can be a nightmare to deal with but the question I propose to you is why? Why dread? Why wish something that cannot be undone? To be someone that you are not? Why feel like the fool?

All good questions that I started to ask myself after the one billionth mistake I had made.

Embracing failures … learn from them

The answer? To embrace your failures and mistakes and learn from them.

“But Darren…“, you may ask, “you probably have not experienced the number of failures I have suffered or all the mistakes that I made“.

Throughout my career, I have made a lot, and I mean a LOT of mistakes. I have slipped up in interviews and panicked. I’ve thrashed and crashed databases and even brought down websites. I’ve made a fool of myself in meetings, in front of CEO’s and CTO’s, colleagues, friends and family. This is not even including the thousands of coding or logic errors that I have had.

However, through all this, I started to enjoy it.

I would come into work the next day and joke about my misfortunes. I then would recount my tales of woe to other people, warning them of the errors of migrating such a large database without going through the procedure, even going as far as writing a checklist so that other developers would heed the warning. Developers would come to me to seek help from me, knowing I have suffered the dreaded legacy system that plagues all engineers.

Eventually, I started to realise that I was becoming a leader like figure, helping younger developers to grow, teaching them things and mistakes to avoid. At this point I realised that these failures, these hiccups, mistakes or slip-ups are actually good, they helped me to learn from them so that I could improve myself.

So, if we can flip our mind-set and embrace failure, can that be an effective learning tool? Well yes and surprisingly this concept is not new.

John Dewey, a famous philosopher and educational reformer once said in 1933 “Failure is instructive. The person who really thinks learns quite as much from his failures as from his successes”.

Embracing failure has been a mantra from popular figures such as Albert Einstein and Thomas Edison, who suffered from failures, mistakes and setbacks before they got to where they wanted to be.

If you are going to fail, fail with style

At CodeClan we try to make sure that our students are aware that every typo, mistake or bug is an opportunity to learn something new that you did not know before. Personally, I try to incorporate it into my teaching style, going as far as to make mistakes a funny and enjoyable experience.

Because that is what mistakes can be, not something that should be feared, but a funny and enjoyable experience, one that will make us into better developers.

So, at the end of the day if you are going to fail, fail with style. 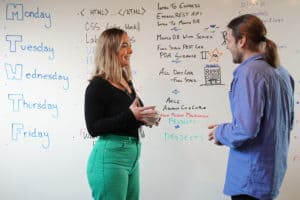 Meet Karla, Head of the Careers team at CodeClan 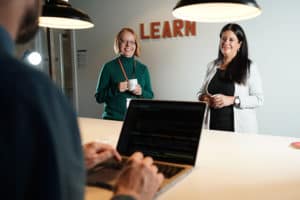 New funding with more than 100 places available for 2022 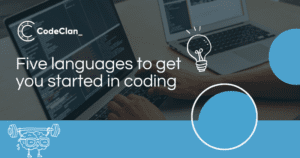 Five languages to get you started in coding

This website uses cookies to improve your experience while you navigate through the website. Out of these cookies, the cookies that are categorized as necessary are stored on your browser as they are essential for the working of basic functionalities of the website. We also use third-party cookies that help us analyze and understand how you use this website. These cookies will be stored in your browser only with your consent. You also have the option to opt-out of these cookies. But opting out of some of these cookies may have an effect on your browsing experience.
Necessary Always Enabled
Necessary cookies are absolutely essential for the website to function properly. This category only includes cookies that ensures basic functionalities and security features of the website. These cookies do not store any personal information.
Non-necessary
Any cookies that may not be particularly necessary for the website to function and is used specifically to collect user personal data via analytics, ads, other embedded contents are termed as non-necessary cookies. It is mandatory to procure user consent prior to running these cookies on your website.
SAVE & ACCEPT
X