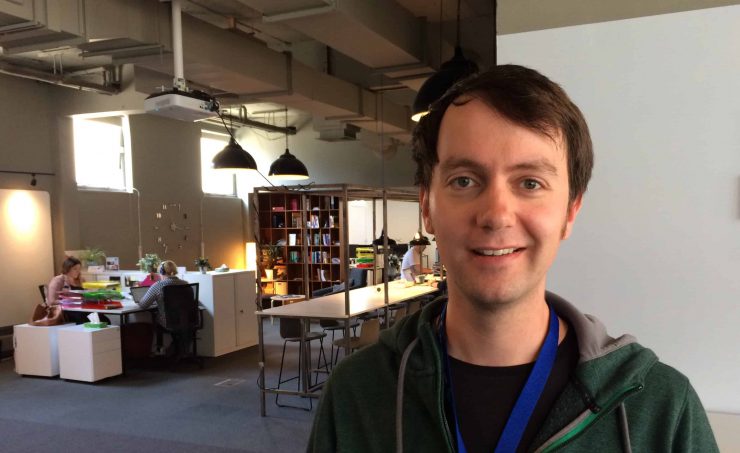 Instructor Colin Riddell looks back at an impressive career that has led him to CodeClan.

Who the heck are you and what is your background?

My background is up and down and all over the place. After graduating from University of Stirling in 2008, I spent the first seven years of my career at an amazing company called Codeplay Software, based in Edinburgh.

I learned to deal with really complex problems way beyond my capabilities and it stretched me immensely. When working there I was sent around the world to attend conferences and talk about GPGPU (General Purpose Graphics Processing Unit) technology, which at the time was in its infancy.

After becoming interested in startups and products, I moved to work for a few different companies and focused my efforts on Product Management. With a technical background it was easy to get involved with developers and other technical managers. The lesson I learned here was it’s good to dip into something that’s seemingly very different from your normal role.

The biggest perspective I gained from being more involved with Products was that doing something OK now is better than doing it perfectly next week. “Better” is the enemy of “good”. (Edison’s Law)

What inspired you to become an instructor?

In my career I gravitated towards working with less experienced team members and became hooked on empowering them to build absolutely amazing things. I love seeing the penny *really* drop and get excited to show someone the power of some awesome technology.

Also, I strongly believe that amazing digital products are not built on technology alone and want to do my bit to influence prospective developers of that. Tech’ is great, amazing, exciting, but where technology meets a well crafted and understood UX that correctly satisfies the problem – that’s what makes the potential for an incredible product.

What are your secret talents that nobody knows about?

I can tell if you don’t understand something. I am a bit of a slow learner so when originally learning how to code I was always playing catch-up. I can tell how that feels and know when it’s not clicked… I can see it in your face.

Lots of people, but to name just three:

I absolutely love this talk. It’s so inspiring. It’s a classic and puts everything into perspective. It’s business focused, so perfect for product.

Ken is amazing. He contributes frequently to the incredible Mind The Product blog and his talks on Product Strategy are some of the best.

Elina was a Physicist working on particle Physics who wanted to invent a contraception for women that was reliable and has no side effects. Her company makes an App that’s the first ever App to be certified a medical device in the same class as other methods.

Who would you most like to swap places with for a day?

I’d swap with Dan Abramov. He works at Facebook on React and Redux – I think it would be interesting to see what he does day to day.

What’s the most important thing about working in a technical team?

Understanding the vision and goals of the project or product (or even company) you’re working on. Don’t just ignore the higher level stuff and focus on technical. Learn as much about how the product or service you’re working on is used to help influence your decision making. Even if it’s not your job, and you have Product Managers and Product Owners and Project Managers and UX’ers who are doing that.

What are you most excited about doing at CodeClan?

I cannot wait to contribute to an entire new course or course module then teach it. I’d really like to do a Product focused course. I think it would also be great to teach Spring (for Java) or React Native (React for mobile development). Another thing that might be good to teach is some cloud deployment. Like using AWS or DigitalOcean to deploy code into production.

What’s the most interesting thing you’ve ever worked on?

While working at Codeplay Software, I helped build some compiler technology that might be baked into every phone that has an ARM processor (which is nearly every phone), so that’s really cool.

What is the most interesting aspect of product design?

The iterative process is the most interesting. It’s often so natural for people to start designing everything from day one. It’s really amazing how much the counter intuitive approach, which is to make as few decisions as possible and let usage influence your future design, really pays off. Many think it’s not good to put a product out there that’s not “finished” – when this is actually a fallacy.

From a product perspective, what do you think will be the most challenging thing to teach CodeClan students?

The lean iterative process I mentioned in the last question. It’s really so instinctive to try and make all the decisions up front. Teaching that, from a product perspective, it’s better to make fewer decisions at the start, will be challenging as seems counterintuitive.

Find out more about becoming an instructor at CodeClan.

Carving a career as a developer: My coding journey 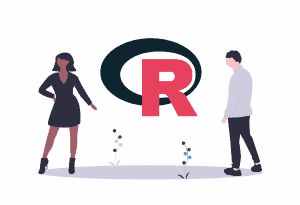 Become a Data Wizard: Adding R to your repertoire

Digital Start Fund opens up careers in development and data