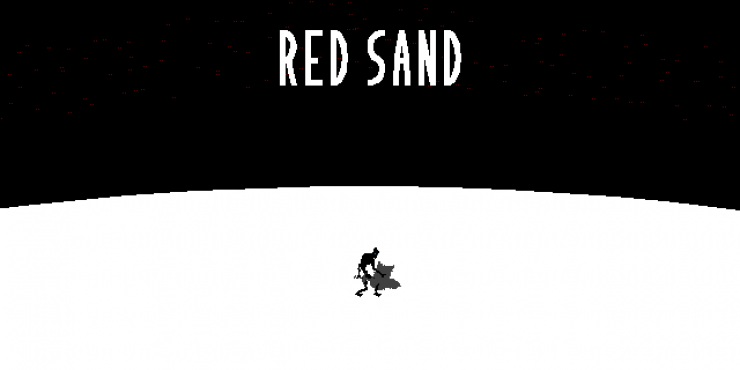 We caught up with one of our grads Alex on his newest project Red Sand, an action arcade style fighting game. We discussed his inspirations behind the game, and how CodeClan helped push him in the right direction to put his vision onto a screen.

What did you do before CodeClan?

I first moved to Edinburgh to do my MA degree in screenwriting. I’ve always been a big film buff and a creative person which is why I chose this area of study.

Whilst on this course, I met my wife who was on the MA directing course. I wrote a couple of short films that she directed, and we decided to settle down in Edinburgh after graduation.

Unfortunately, not long after that I received a cancer diagnosis. I have since made a full recovery, but struggled to get back into work since then. I decided I wanted to take a break from screenwriting and try something new.

How did you get into coding and tech?

Outside of film, my other big passion in life is video games. I’ve been a big gamer all my life, but I was not content just playing games- I wanted to get involved in creating them.

During my illness, I needed something to take my mind off things. I initially tried starting a new writing project, but found my efforts thwarted by writer’s block. I wanted to make games, but lacked the technical know-how, so I decided to remedy that and teach myself coding.

How did CodeClan help you in creating video games?

My improved technique and understanding all comes from CodeClan. I used to write these epic ‘if’ statements that would go on for thousands of lines because I didn’t understand simple things like loops and arrays.

Post-CodeClan, my code is much cleaner, more concise, more readable, and reusable, which saves time and sanity. Outside of Game Maker, I had also dabbled in Unity3d and C#, but never really understood them. Learning Java at CodeClan definitely gave me a better footing to understand C#, and moving forward I will be using Unity and C# for my projects.

What inspired you to make Red Sand?

There is an animation program called Spine that integrates into Game Maker, allowing you to create 2d skeletal animations, rather than drawing sprites by hand, frame by frame. I wanted to learn how to use Spine, so I doodled a few characters, one of which was this emaciated, hunched-over character who just looked downtrodden and like he had the weight of the world on his shoulders.

The character brought to mind images of a peasant thrown into a gladiatorial arena, in front of a jeering crowd, and Red Sand grew from there.

What challenges did you face when creating this game?

By far the trickiest bit of making Red Sand was handling the Hitboxes, or invisible shapes used for real-time collision detection. Hitboxes are difficult at the best of times, but getting them to follow along with the Spine animations proved to be a bit of a nightmare, especially for the player character that has a hitbox on his chest for taking damage, one on his sword for dealing damage, and another on his shield for deflecting attacks.

I eventually came up with a good system for doing this, and anyone who gets to the Cyclopes will have experienced the fruits of these labours. I wanted the Cyclops to be invulnerable from the front, so that the player would have to get behind it and attack the backs of its legs, in order to knock it over so that they can kill it by attacking its vulnerable upper half. This required multiple moving hitboxes, but I think the result works quite well.

What’s your next project?

I’m currently working on my next game, a Mario style platformer called DinoJump. You play as a little dinosaur and have to get to the end of each level avoiding other dinosaurs and hazards. It’s a big step up from Red Sand, as it makes use of Unity’s physics engine, and has multiple levels. Once it’s done, I will release it onto itch.io like I did with Red Sand.

Red Sand is currently available on windows platforms- you can read more about the game and download it here.

Come along to one of our monthly code experiences and get the opportunity try your hand at programming with the help of our instructors.