Meet two of our most recent Professional Data Analysis Graduates 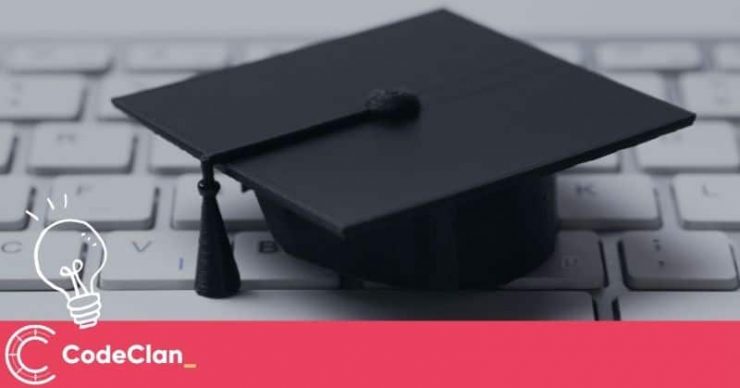 Our students come from many walks of life and apply to CodeClan with varied expectations and goals. We asked two of our recent data analysis graduates about their professional backgrounds, career goals, and their experience at training at CodeClan. Here’s what they said…

Tell us a bit about your career before studying at CodeClan.

John: My background is in IT project management. For five years prior to starting CodeClan I worked for a big IT company, big outsourcing stuff and transformation projects as well.

Paddy: I was a Performance Sport Coach for about 10 years, always outside, always dealing with people, quite sort of dynamic environment. It was lots of fun. I always quite liked the numbers side of it, I would analyse the race results quite carefully and I actually developed some quite interesting ways of selecting crews.

Why did you decide to study Data Analysis?

John:  It was probably during lockdown that I realised that all the roles I had had there was always some kind of element of data analysis, even just basic stuff, making charts for slides and stuff like that, and that was always the bits of the job I enjoyed most.

I thought it was worth pursuing that a bit more and this was a good time to do it so I just went ahead. And to be honest, my previous job was probably a factor as well, I was not enjoying it.

Additionally, it feels like now is a very good time to get into data as well, you always see jobs on LinkedIn and everywhere, and there’s a massive shortage of people with those skills, it felt like a good investment.

Paddy: I really enjoyed my previous job and my previous career, I didn’t have any particular urgent need to move, but the longer term job security wasn’t there.

And 2020 made me think on the long run, where I would like to be in 10 or 20 years, and at that point it became quite obvious that I should try to change careers, better earlier rather than later.

I didn’t finish my degree so I was really keen to get some hard skills. But I was quite fortunate, I had some savings and I was able to take a break from work, next thing you know, I was starting the Data Analysis course in July.

How did you find out about the course?

John: I found out about it a long time ago! I thought about doing the software development course like 4 years ago, I thought it was a really good idea and it was something that interested me.

It was probably on LinkedIn that I saw you guys and I kind of kept coming back to it, like, once a year or something I’d be like, “Maybe I’ll have a look at that CodeClan course!” but then again I never really pulled the trigger on it.

It was when I saw the Data Analysis course, I found it more interesting and I made my mind up, I really wanted to do that one.

Paddy: It was a friend of mine who suggested CodeClan, I had never heard of it before. But he highly recommended it, not only in terms of the content but also the hiring prospects at the end.

My friend is quite senior in a software company and he has hired people from CodeClan in the past.

He spoke very highly of one of your students in particular, he did the Professional Software Development course and before that he used to be a bar manager, a completely different shift! So it was similar to what I was aiming for.

What were some of your highlights?

John: For me, pretty much everything we did in module one was really good because you could immediately see the benefit of it, I could have used it in previous jobs! It was really good for that, the data cleaning and wrangling and that kind of stuff.

Paddy: I think the big highlight for me was the group project, because we were a remote cohort, a small one as well, the whole class worked together in this big project that we are all so proud of.

The project certainly enabled us to knit as a cohort, everybody contributed to this project, everybody was happy with it…It was great for my interviews as well, it was really interesting to talk about, and the people interviewing me were also very interested and asked a lot of questions, “What’s that? How does that work?” It was really cool!

My second highlight has to be visualisations and dashboards. By that point, you actually see the data cleaning and wrangling, this is how we make it ‘usable’ for someone.

Lastly, my third highlight would be Careers Week, it really helped me start to imagine how I would apply for jobs and how I would present myself. It actually made me feel very excited about what I could do after the course.

Prior to this I was very focused on the learning side of things. Careers Week really got me thinking about what’s happening in two months, and it triggered my imagination! It also prepared me really well for my interviews, how to tell my story.

Where do you see yourself in the future?

John: I was offered a job a few weeks ago, (it feels like ages since I actually got the offer) at an IT consultancy, much smaller than the company I was at before but the people are great!

I had actually spoken to them earlier this year about a Project Manager job, but then by the time they replied to me it was too late, I just thought, “It’s now or never! I’m gonna do that Data Analysis course at CodeClan, I don’t want to be a Project Manager anymore!”. The recruiter said to me that they have a data team that’s growing and that I should get in touch with them in a few months down the line.

And I did, my new role is as Junior Data Engineer, which is great because I definitely was leaning more towards the engineering side than the analysis side. I like using sequels, building dashboards… That kind of stuff. I am starting next Monday.

Paddy: My main goal over the next couple of years is to continue learning as much as possible! It is a whole new industry that I want to understand and be comfortable in.

Was there a moment that made you think, “This is what I’m meant to do”?

John: Probably during the R Shiny part of the course, I absolutely loved it! We had homework for the weekend, we had to make a dashboard and I just spent hours and hours doing it, my wife was telling me off, trying to close my laptop!

That was the one point for me where I felt like “This is definitely a good decision”. I was so glad I did it, this is what I want to do.

Paddy: I don’t think that there was a specific moment…As the course went on and I was understanding all of the concepts, I just really enjoyed it.

The instructors were amazing as well, they feed your curiosity, they’re quite passionate about the subject, so when you’re doing something you see that excites them.

Did you find this inspiring? 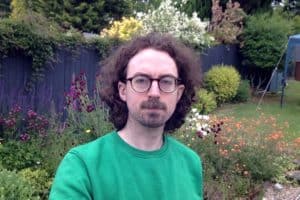