Planning to switch careers into tech? Your job prospects are looking positive… 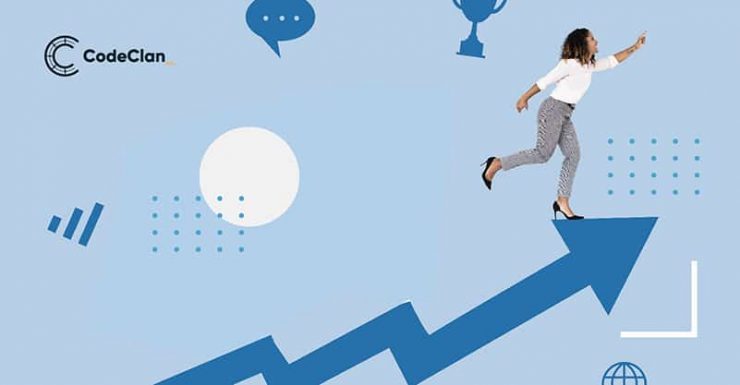 Back at the start of the pandemic, it was a time of uncertainty for career changers and those seeking new jobs. Employers were cautious and much of the demand for new recruits paused in many industries while businesses attempted to adapt and survive.

Now, though, things are different.

A number of sectors, including tech, are reporting an increase in demand for new recruits.

In a recent survey of employers in Scotland’s tech sector carried out by ScotlandIS, 75% of respondents said they were optimistic about the next 12 months. 74% expect an increase in their employee numbers over the next year, with the majority of respondents (57%) expecting to find most of their new staff in Scotland.

Recently, s1jobs also reported that between February and March this year, the overall number of jobs advertised increased by 50%. This increased again by 23% in April.

What about CodeClan graduates?

At CodeClan, we’ve recently seen similar promising trends in the placement of our own graduates into data and tech roles.

Conversations with our partners suggest that this trend is set to continue. At a recent event the team at FanDuel, for example, have said they are looking to hire 169 people across Glasgow and Edinburgh into their UK engineering contingent in 2021 alone, with CodeClan acting as one of the sources of that talent.

FanDuel are not alone in planning to grow their tech talent with CodeClan. Recent new partners looking to recruit on an ongoing basis include Public Health Scotland and Ballie Gifford. We’ve also seen an increase in demand from established digital companies south of the border looking to tap into Scotlands’ tech skills and use CodeClan as an innovative, non-traditional route to talent.

We’re currently enrolling new students onto our Professional Data Analysis and Professional Software Development courses. Get started by joining us at our next webinar or coding workshop.