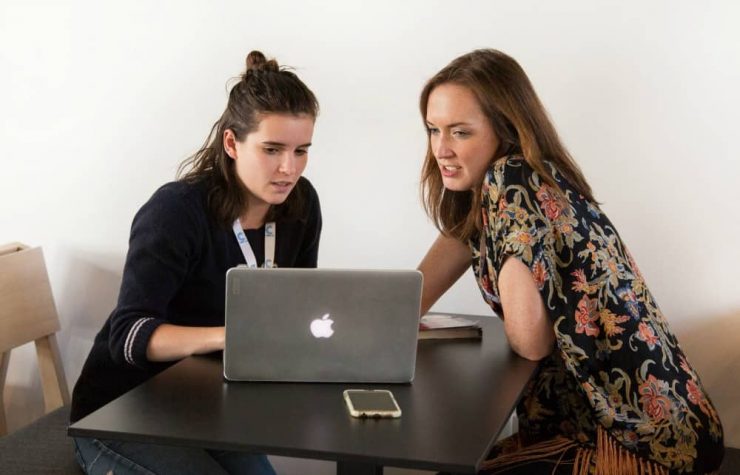 How Scottish companies are tackling the tech gender gap

With the number of women in tech remaining stubbornly low, we speak to some of the organisations trying to make a difference.

When it comes to making use of technology, most of us would agree that men and women are fairly equal. We use apps, computer systems and smart phones on a daily basis, without any consideration of gender.

Women are just as likely to wear a Fitbit, swipe right (or left, as the case may be) or be an excel spreadsheet whizz.

So, why is it that the UK continues to have one of the widest gender gaps in technology of all professions? What is it that marks such a disparity between daily life and the industry?

Early influences have a key role to play

The reasons for the gender gap in the industry have been fairly well theorised over the years. While there are patently issues with the industry itself and the way that it recruits, retains and advances women, the problem still tends to start from a young age.

“It’s grown worse over the decades,” says Morna Simpson of Girl Geek Scotland, community for women working with computing, creativity and enterprise in Scotland. “There are a number of issues that gave rise to it – starting with the gendered selling of technology based toys in the late ’70s and early ’80s.”

Sharon Moore of BCS Women agrees that early influences have a key role to play, with parents, teachers and schools often having a lack of understanding of technology professions.

“An unfortunate side-effect of activity focused on gender diversity in technology can mean that some parents think that technology is therefore not a suitable career for their female children and may therefore discourage them away from computing subject,” Moore says.

There’s been a steady decrease in the number of girls taking Computing Science at school. Just 15% of applicants to computer science courses in 2015 were female – a lower proportion than for any other subject group and well below the figure for applicants as a whole (57%).

This is in tandem with a loss of computing teachers around the country, which has also fallen steadily over the last decade.

Looking at the disparity in those figures, would it be fair to surmise that the lower numbers of women in technology correlate directly to a general lower level of interest in the subject?

“The short answer is no,” asserts Moore, with reference to the following slide from a presentation by Carleton University’s Terri Oda:

“We’re the result of nurture more than anything else,” agrees Morna Simpson. “Look at history and who played important roles in the development of computing. From Ada Lovelace to Grace Hopper, women were there all along. The idea that women are not interested is one that took hold quite recently.”

Impacts on business and society

The lack of women working in tech roles has been shown to affect productivity, creativity and innovation, as well as balance, across teams in various businesses. There’s evidence to back up the fact that an equal and diverse workforce in any industry is good for business, and societal values.

“The Scientific American demonstrates that diversity makes more money, Harvard Business Review argues that diversity makes us more innovative and McKinsey shows that ‘when companies commit themselves to diverse leadership, they are more successful’. And we must remember that gender is not the only diversity,” says Sharon Moore.

“Furthermore, technology has a huge societal impact, which is only increasing,” she adds. “A lack of diversity means we may not shape our future world appropriately, and we are not benefiting from the contributions women make.”

Fighting the gender gap in Scotland

There are several groups in Scotland, and the UK, undertaking programmes to encourage more women into the profession.

“There are growing numbers of avenues promoting opportunities for women to become programmers,” says Sara Dodd, Head of Curriculum and Accreditation here at CodeClan, where the aim is for a 40% intake of women onto our intensive programming course.

“These include a variety of coding academies across the UK, from those like ours to the Ada Lovelace Academy in London for 6th formers, summer schools and after-school clubs and organisations such as Girl Geeks, Code First Girls, BCS Women and many more.”

“There are very many people who believe that the workforce should be balanced,” says Morna Simpson. “That is what is right and just. We have huge support in industry and politically from the Scottish Government as well as many friends overseas who are willing and able to help. Often people just need to be shown how.

“It’s really heartening to know that Skills Development Scotland is now starting work on developing a similar network for schools. That is amazing as this is where we have the huge drop off in interest from girls. I have huge hopes that this will turn the current trend around – of losing women when they are young.”

The future is bright

“I was asked recently why would a woman pick a career in technology when it’s so hard to keep up,” says Moore.

“But I take a different view – a career in technology holds so many possibilities; technology is always changing so there are always new things to learn, and new opportunities to make a difference.

“So, I will continue to be an advocate for women in technology and encourage them in and to stay in careers that won’t go stale.”

Currently, the UK is ranked 20th out of 144 countries worldwide*, in terms of closing the gender gap generally. Clearly, there’s a long way to go but things are on the up. Encouragingly, the number of female IT Directors working in the UK rose by 1% last year. And Scotland is paving the way for real change to take place.

“There’s an opportunity for Scotland to create something really special,” says Morna Simpson. “I hope that Girl Geek Scotland together with Skills Development Scotland will create a strong network that will be envied the world over.

“If we can do that – and encourage more women into technology we can grow the sector and the economy – making Scotland the envy of the world.” 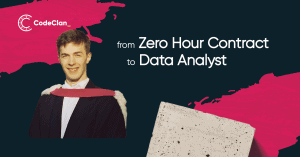 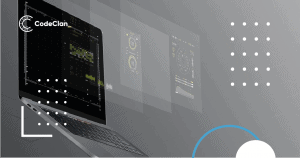 Breaking into the world of data: Top careers in data analysis