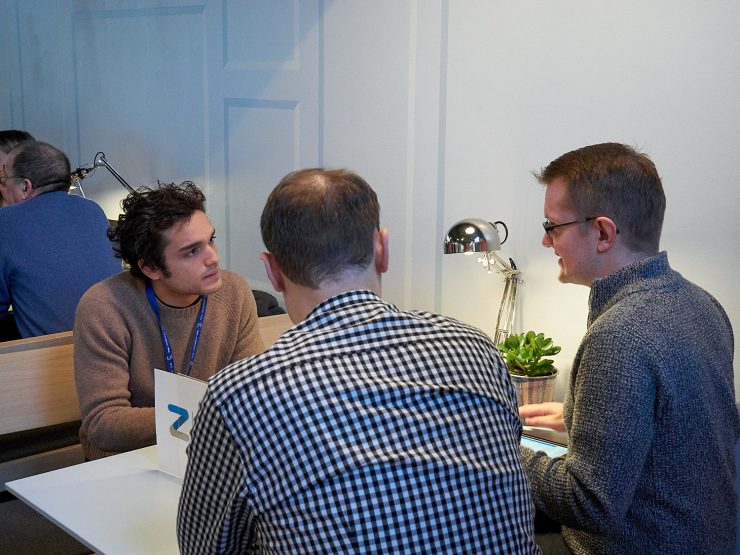 Speed Networking debunked: What you need to know

For their first nine weeks at CodeClan, students are in a bubble of learning languages, frameworks, programming principles and gauging when the best time to get a coffee without having to refill the machine is. In week 10 we burst this bubble, take them away from the command line and start to look at the next stage in their journey into tech – the job hunt. This is the week where the Careers Service team take over and focus on CVs, LinkedIn, interviews and a host of other industry insights and tips on how to enter a technical hiring process and secure a job in a competitive market.

Five weeks later, students have an opportunity to tie this all together as they meet some of our Industry Partners at Speed Networking. Each cohort has its own event, usually with around 10 to 12 organisations attending. There’s a broad mix there, from small and growing startups through to multinationals, public sector bodies and everything in between.

There are up to 20 students in each cohort so they are split into two groups. The first group has six minutes with each company then move to the next one until they’ve met all the organisations there. While this is going on we lock the other group in a classroom and regale them with tales of past Speed Networking events gone wrong (not really, we give them some food and drinks to keep their energy up so they’re raring to go).

Next up is a short break where everyone gets a chance to catch their breath, the employers can take some notes on who they’ve met and prepare themselves for the next group of students. After 10 or 15 minutes we get the second group of students out and they go through the same process.

After the second group finish we take another short break, provide lunch for the employers then bring the entire cohort out to network. This is where the most valuable conversations take place: by then everyone has met and know who they want to follow up with. This networking session has gone on for up to 90 minutes in the past but is usually around an hour.

Once the Speed Networking session is finished we get feedback from the students on who they’re interested in progressing with, and request similar feedback from employers in terms of interviews / next steps in the recruitment process. Then the Careers Service team collapses into a tired heap.

“The highlight of the week was the Speed Networking event. Described to us as ‘speed dating but with hiring companies’, we were all quite nervous, but when the event got going, nerves were quickly replaced with curiosity. Speaking to so many people with a clear passion for their work was inspiring. I found myself coming away with a much better understanding of not only what they did, but why they did it. This left me with a very definite sense of excitement at the prospect of joining them, and has only increased my enthusiasm for the next stage of my career.” – Alexander Clements from E25

The events can look like organised mayhem but feedback from students and employers is positive; many of our students secure interviews generated from the networking event and around 50% of each student cohort go on to accept job offers within the first month of graduating.

Our partners regularly tell us these events are a good way to get a sample of the candidates coming available and find out student backgrounds, soft skills, team fit and so on. They tend to use Speed Networking as a way of networking before selecting for their recruitment process and even use the time to shortlist via mini interviews.

“We’ve found the whole process to be very good. Being able to meet with candidates in a more formal setting helped immensely and I recommend that to fellow employers. I felt that having explained the role and the sort of work we are looking to do helped the candidates in the formal interview. It was nice to meet them all in a less stressful, more relaxed setting to hear about the kind of careers and roles they were looking for.” – Dominic Greenslade from The Improvement Service

If you’re interested in changing career take a look through our courses page – we run Speed Networking events for all cohorts on our three immersive, full-time courses. Alternatively, if you’re a potential employer looking to hire, you’ll find speed networking events on our Partner Events page. 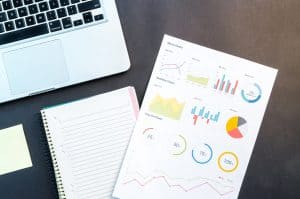 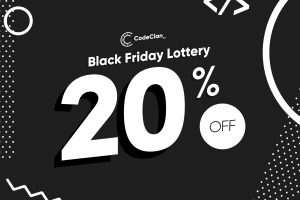 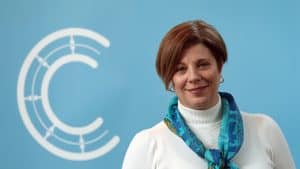