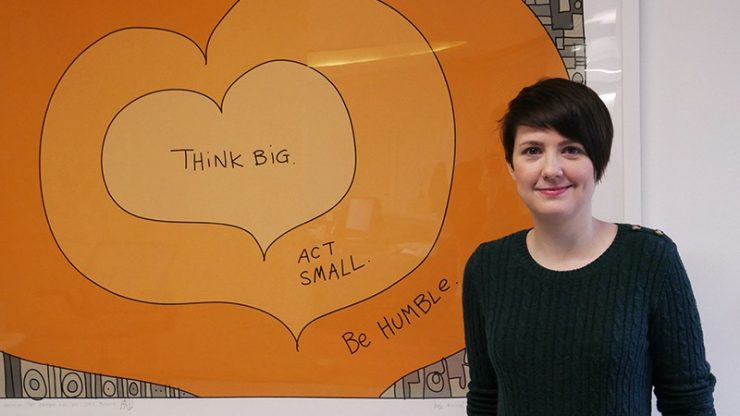 After getting a degree in Games Design and Production Management, Vicky was working in Scotland’s tech industry testing web and mobile apps. When she realised she wanted to create products, she came to CodeClan.

Completing the course last October, she now works with one of our partners, Nucleus Financial, as a Junior Software Developer. With her experience in multiple tech roles and her time at CodeClan, Vicky spoke to us about why it’s critical to improve diversity across the industry, and how she found positive examples in CodeClan and her new employer.

What prompted you to retrain at CodeClan?

I had been working in software testing for five years and in my last role I also coached tech teams to work in a more creative, customer-focused way. Sometimes I found the job very rewarding, but deep down I just wanted to make stuff. Each time I gained new responsibilities it felt way more difficult to abandon my career; I was experiencing the “sunk cost fallacy”: the more time I invested in a job that was wrong for me, the more motivated I was to stay even though it wasn’t making me happy.

Eventually the balance tipped and I decided to give CodeClan a go. Looking back, I think that was the right approach for me – it was cathartic to stop everything and press the reset button on my career.

How did your tech background compare to the other students on your cohort? Did it impact the learning overall?

I guess I’d heard most of the industry and coding terminology, while the majority of our cohort had to learn that on top of actual code. On the other hand, there were plenty of things that I struggled to understand that other people just “got” because they were coming at it from a fresh perspective. We all helped each other to stay afloat and our instructors made an enormous effort to pitch each concept in a way that accommodated different learning styles.

Regardless of coding experience, everyone brought their own unique skillsets to the table – we had graphic designers, photographers and scientists in our cohort! We learned so much from each other.

Did you face any challenges working in tech as a woman?

I could count on one hand the number of technical women I’ve worked with in my career so far. Personally, I get on well with most people, but I’ve come to realise that working in masculine environments has taken a toll on my energy levels. It’s a culture where women and other underrepresented groups often have to try much harder to be heard.

Over the course of many years and hundreds of meetings, that can be quite draining; it took me a long time to realise that lack of diversity meant I had to put more effort in by default. That’s my experience anyway.

Your cohort at CodeClan had more women than you were used to working with! Do you feel like that affected your experience with us?

Our cohort had close to a 50/50 gender split and though it’s hard to know whether it had an impact overall, one thing really stood out for me: when the class put forward two male students to give the graduation speech, a few women spoke up to say it was important to have female representation too. One of the guys that was chosen to deliver the speech voluntarily stood aside so we could have a male/female pair present instead, even though the class had voted for him.

Certainly we were a very chilled, positive and inclusive group – and still are. I made quite a few lifelong friends on the course.

What can we, as an industry, do to make this experience better for underrepresented groups?

At a corporate level, companies need to invest more time and resource to diversify their workforces; not just for the sake of it, but because it makes good business sense. Nucleus, for example, recognises this and they have a strategy in place to improve diversity across the board. They’re quite transparent about their efforts. You can find out more about what they’re doing here. 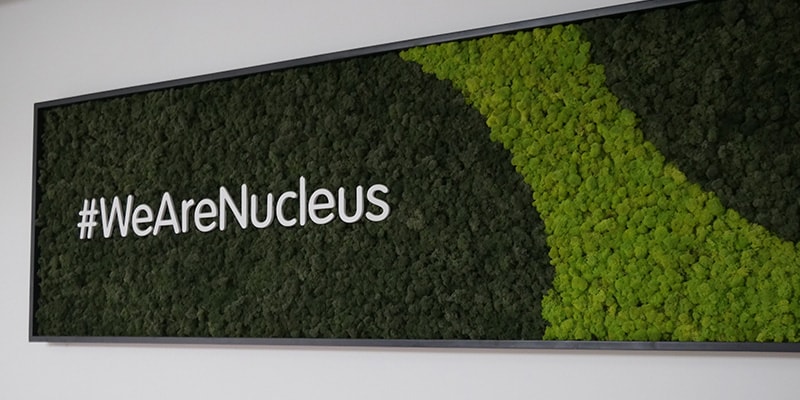 As individuals, simply taking the time to try and really understand one another in conversations can go a long way towards improving everyone’s experience.

It doesn’t sound like much but in my current team, we tend to consider each other’s points of view carefully and respond thoughtfully to them. There’s less interrupting than I’ve experienced in other teams. It’s something small that has a really positive impact on the culture.

Any advice for those considering a career in tech, but don’t think of themselves as a conventional programmer?

There are lots of reasons why someone might not see themselves as a ‘usual’ programmer. Whatever the reason, it’s easy to imagine the worst – like worrying that you won’t fit in or you’re not smart enough. Once you get a foot in the door though you’ll soon realise that anything can be learned. Everyone had to start somewhere!

CodeClan runs some great events and there’s a rich tech meetup scene in Scotland. If you feel up to it, put yourself out there and talk to people who can help put you on the right path, or have a go at coding yourself with something like Codecademy.

Societal norms shouldn’t dictate anyone’s career choices. Changing what’s seen as “normal” is part of what helps an industry to mature and grow!

Launch your career in tech!